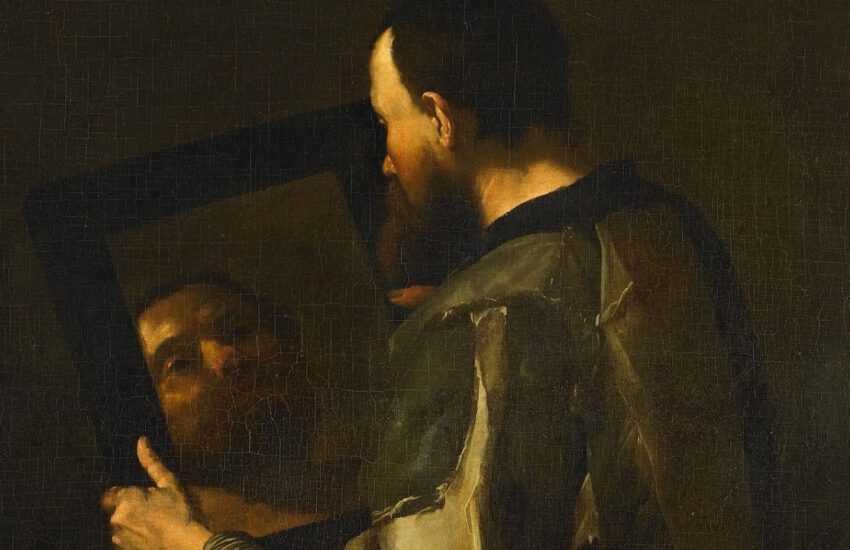 So therefore, just in the same way that conscious attention is not aware of all the other operations of the body, so in just that way we are not aware of our connection—indeed, our identity—with the fundamental Self. When the leaves die and fall off the trees, or the fruit drops—next year: more leaves, more fruit. So, in the same way, when you and I die: more babies later. If the whole human race dies, you bet your life there are all kinds of things that feel that they’re human scattered throughout the multiplicity of galaxies. Because this universe is a peopling universe, just as an apple tree apples. But because we are unconscious of the intervals we are not aware of the Self with our conscious attention when conscious attention isn’t operating. But still, just as you don’t notice what your pineal gland, say, is doing at the moment, so in the same way you don’t notice the connections which tie us all together—not only here and now, but forever and ever and ever and ever.

The difficulty, the basic reason why we don’t notice the Self, is that the Self doesn’t need to look at itself. A knife doesn’t need to cut itself. Fire doesn’t need to burn itself. Water doesn’t need to quench itself, and a light doesn’t need to shine on itself. So this is the fundamental problem of having some sort of awareness of the self. Nevertheless, it is the whole contention of Indian philosophy, especially what we call Vedānta, that it is possible—in a certain way—to become aware of oneself in this deepest sense; to know that you are the totality.

And this experience is the real substance of Indian philosophy as a whole, both Hindu and Buddhist. It is called mokṣa, which roughly means ‘liberation.’ Liberation from the hallucination that you are just poor little me. To wake up from that kind of hypnosis and discover that you are simply something—your organism, your physical body, your conscious attention (which is your ego)—that you are something being done by this vast, indescribable Self, which is out of time, which has no beginning, no end, it neither continues nor discontinues. It’s beyond all categorization whatsoever, and so the Upanishads say, all we can say of it positively is the negative. Neti neti; ‘it is not this, not that.’ Anything, therefore, you can formulate—imagine, picture—will not be the Self.

So when you are trying to know the Self you have to get rid of every idea in your head. It doesn’t mean, as some people seem to think, that you have to get rid of every sense-impression. It isn’t as if you had to go into a catatonic state of total absorption. Of course that can be done, but the full mokṣa—the full liberation—is when you come back out of absorption and see this everyday world just as it looks now, but see as clearly as clearly can be that it is all the Self. You can become aware of this tremendous interconnectedness of everything, and that is what somebody who is mokṣa—who is liberated—sees. He sees, shall we say, that everything goes together.

And that is, in a way, what we mean by ‘relativity.’ Because relativity means ‘relatedness,’ just as fronts go with backs and tops with bottoms, insides with outsides, solids with spaces. So everything that there is goes together. And it makes no difference whether it lasts a long time or whether it lasts a short time. A galaxy goes together with all the universe just as much as a mosquito, which has a very short life. From the standpoint of the Self, time is completely relative. You can have, if you scale it down, as much time between two of those very rapid drumbeats as you can in eons and eons and eons, and it’s all a question of point of view. Or—to use a scientific expression—level of magnification.

Change your magnification and you see molecules. And we know by other methods of observation that it can get smaller and smaller and smaller, and that the spaces between these minute units are so vast that they’re comparable to the distances between the sun and the planets, in scale. So, also, with time. So, in this sense, there could be vast, vast universes full of empires, and battleships, and palaces, and brothels, and restaurants, and orchestras in the tip of your fingernail. And, on the other hand, we could be all going on in the tip of somebody else’s fingernail.

It’s very important to understand not only the relativity of size and of time, but also of what there is. Now, as you know, the human senses respond only to a very small band of the known spectrum of vibrations. We know, through instruments, of quite a vast spectrum, but we—as I say, with our senses—see only a little of it. If our senses were in some way altered we would see a rather different looking world We can do this, of course—we can put on special lenses to enable us to see heat, and then we see all the heat radiations coming out of people. And we say, Well, I never noticed that about you before! But so, in the same way, you see, there are infinitely many possibilities of vibration, and of organs sensitive to those vibrations, so that there could be world within worlds within worlds, spaces within spaces, just like the many, many wavelengths of radio and television going on forever and ever in all directions. The possibilities are infinite.

But having senses and noticing is a selective process. It picks out only certain ones, just as when you play the piano. You don’t take both arms and slam down all keys at once, you select. And so perception is a kind of piano-playing; it is picking out certain things as significant—that is to say, as constituting patterns. And the whole universe seems to be a process of playing with different patterns. But whatever it does, whatever it plays, in whatever dimension, on whatever scale of time or space, it’s all on the Self.