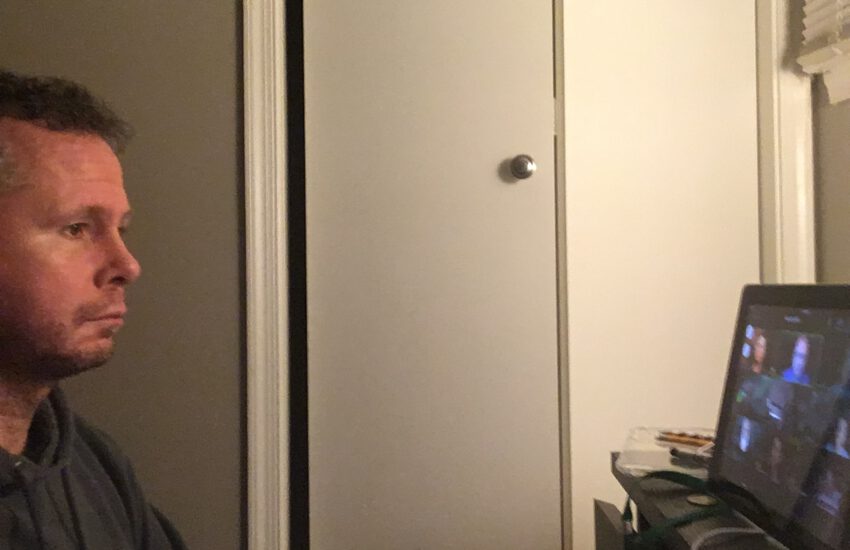 I’ve done a great many things online. I’ve performed group training seminars, I’ve done sales presentations and large group and team projects. I’ve attended classes and even toured buildings and galleries. But I’ve never meditated with others online. Group meditations in general can take some getting use to, especially if you are use to your alone time during meditation. Years back, I started attending group meditations as a way of exposing myself to other practices. My first group meditation was at a highschool, and that particular group was huge – some 30+ people packed into a room. There was typically some discussion followed by the group doing a guided meditation. For a person with ADHD, the group meditation is a difficult adaptation as the surrounding noises can act as focal points – your brain has a hard time adjusting to the various breathing and other bodily noises. The transition from one’s quiet space to a crowded room will certainly stretch the mind’s ability to adapt.

I sampled various group meditations in my area until I eventually settled on a smaller group that practiced guided meditations at a local interfaith center. This particular group did various readings before the meditation, and the group had a lively social aspect that made me look forward to attending. When I missed meditations with this group, I had a sense of loss – as if I had missed something important. It wasn’t just the calm from the meditation, it was the sense of community that came along with it that contributed to a greater sense of well-being.

With the Corona Pandemic, social distancing and government lockdowns have crimped everyone’s lifestyles in ways that fundamentally change our socialization. Our meditation group immediately switched to the Zoom service to help facilitate meditations. My initial reaction to meditating online was : how the hell is this going to work? As it turns out, not bad at all! To my surprise, we had the largest participation in months. People were not only happy to me meeting online, they were turning out in greater numbers! Perhaps it was the isolation that contributed to this, but I also wonder if the convenience of not having to leave one’s bedroom also played some part. Despite some initial slowdowns due to everyone getting use to the technology, the meditation flowed as our regular in-person sessions.

I think the only odd part about the on-line meditation is that interpersonal conversations aren’t as easy in a group session. You can’t just look to the person to the left of you and ask about their new gardening project. The conversations have a group audience, so you are cognizant of the one-to-many nature of the communication. I also had a more difficult time settling down once meditation started. This is odd as I usually have no problems when I meditate by myself! I think it has something to do with the knowledge that I’m sitting in front of a camera with an audience. For some reason that never bothered me when I was with a in-person group, but the digital audience has an Orwellian twinge to it. Once I got back into my breathing, my mind settled and that bothersome notion faded.

The following day, I was reading about how green house gas emissions viewed by satellites have dropped some 30% since the outbreak.The scientists attributed this to the shut down of most public transportation and commuter traffic. I reflected on that, as I normally drive to my meditations. If the net result of online meditations is still well-being and we end doing less damage to the world in the process, perhaps this practice should consider more virtual approaches in the future. I would have never gone to a virtual mediation prior to the outbreak, but now that I’ve done it I wonder why is shouldn’t continue being a thing once this pandemic fades.

Stacy Mizrahi  is an IT consultant, speaker, instructional designer and advocate of meditation.