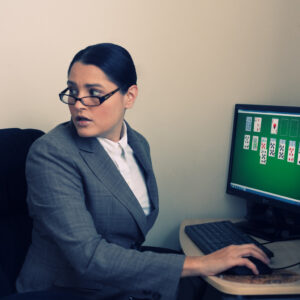 With the New Year on the horizon, let me pose a traditional question: how do you break a self-defeating habit and build a self-affirming and strengthening one? Notice I didn’t start in the plural, that is, focusing on all your bad habits. If you’re like me, there aren’t enough life times to change all our nasty and naughty ways. And besides, not just variety, but a little deviancy, adds spice to a life. Still there are some habits which enslave us, especially those consuming demons – like smoking, uncontrolled eating, drinking and gambling, or mindless and endless latenight boob tubing, for example, watching reruns of Gilligan’s Island or WWI footage for the twenty- third time. For such fixations, liberation needs to be the objective.Welcome to WordPress. This is your first post. Edit or delete it, then start writing!

Often when exploring a subject, I like to begin with my old Roget’s Thesaurus. Looking up “habit,” one discovers such synonyms as “addiction,” “custom,” “mannerism,” and “nature.” There was one choice which momentarily threw me – “clothing.” But when I realized how many people are addicted to shopping, it made perfect sense.

The spectrum of synonyms is instructive. Some habits or rituals are quite useful. They establish a tradition or routine, thereby providing a measure of order, efficiency and meaning to a life. Alas, some habits can also lock you into inflexible mind-body patterns and inhibit your openness to change. For example, for years I resisted using computers; I knew I was meant to write with pen and paper. Actually, this close-minded resistance had more to do with my own technophobia. (Interestingly, I still compose original material by hand and right-brain, though now I love transferring a written draft onto a computer screen for tight left-brained rewriting.) Such personal resistances or rigidities often reflect or may defensively regress into phobias, obsessions, compulsions and/or dysfunctional cravings.

Out of One’s Mind

I suppose the mindless nature of habit makes it a true double-edged sword. When a person isn’t self-conscious, and has the routine down, he or she cuts through extraneous steps, preserves energy, and becomes highly efficient. Peak performance requires well-rehearsed, automatic responding; it also demands we bring a multi-faceted self – experience, skills, emotions, focus, spontaneity, risk-taking, etc. – into the arena. Top performers in any sport or art practice endlessly to achieve this integration of fullness and economy or elegant simplicity. And when this synthesis becomes automatic and unconscious, high performance athletes say they are “in the zone.”

The zone is a mind-body mix of automatic responding, full presence and relaxed attention, along with total immersion in a task. But not just any task. The task must be a hard and desired stretch; neither a severe strain nor an underwhelming or lightweight challenge. The synergistic result is “flow” — an unselfconscious experience, as well as an altered state of consciousness, where time and effort fade away to graceful intensity and self-absorption. A flexibly structured habit infused with flow allows you to deviate from an established baseline. It’s easier to improvise and innovate knowing there’s a familiar, experience-based internal safety net.

But before you run out to your corner personal trainer or shrink to buy a habit, remember, habit does not just culminate in lightness of being and creating; it also has a truly dark side that can destructively turn against oneself. This habitual state of unconsciousness and mindless routine seeks to numb and dull emotions and self-awareness; it prefers inertia or frenetic and distracting, even addictive, activity, and tunes out or ignores situational demands. Denial, avoidance, putting things off and taking flight take precedence over engagement and flow.

To illustrate negative mindlessness or aversive habit, let’s examine a familiar topic – procrastination. It’s a problem many of us are quick to acknowledge and, of course, slow to do something about. I’ll define procrastination as the sequence of events that ultimately enables or compels us to avoid thinking and feeling about a disagreeable task, making it easier to postpone taking necessary action. Why do we procrastinate? Reasons can range from the logical to the psycho-logical. Consider these ten disengaging stressors: 1) not having the necessary resources, tools and data; lacking the support, for example, from management, to do the job right; also, doubting the value and purpose of the task, 2) juggling too many projects; you no longer believe there can be life after deadlines; first comes exhaustion, next “brain strain,” and, then, one just gives up, 3) grandiose expectations and rigid perfectionism, our own or others, along with anticipation of being harshly judged, can make it difficult to begin, sustain or complete a project, 4) impatience and impulsivity; as a recent slogan in Humor From the Edge proclaimed, “Hard work has a future payoff. Laziness pays off NOW!”; of course, there are many folks, not just Californians, for whom instant gratification takes way too long, 5) an underlying fear of failure; one is ashamed of being found out as incompetent, unworthy or an impostor; one tries to run from “The Intimate FOE: FEAR OF EXPOSURE,” 6) anger at having to do a problematic task, especially a task seen as an unfair demand, like having to get up in the morning, 7) you don’t want to acknowledge publicly your uncertainty, vulnerability or anger and risk creating a shameful experience or conflict situation; that is, one doesn’t want to be labeled as “slow” or “not a team player,” 8) to get even with someone, e.g., “Oh, I’m sorry. I guess this is the third time this week you asked for that report,” 9) to preserve an illusion that the issue is simply one of effort and attitude not aptitude or ability, and 10) fear of success, that is, if we are successful this time, what might people ask, expect or demand on the next project; a fear of being misused, overused or exposed often lurks in the shadow of success.

My interest in procrastination is well-earned. In the past, I’ve struggled with this issue, especially in the areas of new learning, the freedom to be curious and school performance. As a child I had absorbed the tension both swirling around my household – an extended menagerie of mood disorders – and was agitated from the taunting and bullying of peers. I shut down my rage and put on a mask – the unreal, “good” boy. This contributed to my difficulty in focusing, concentrating, processing information and remembering. When combined with bright, ambitious parents who could also be quite impatient, anxious or judgmental and classmates who were high achievers, not surprisingly, I feared that my efforts would be inadequate.

Eventually, my self-doubt and avoidance resulted in a self-generating and self-fulfilling pattern. I would shy away from tackling mental challenges, like turning down the opportunity to play an instrument, giving up on art lessons or glazing over when discussing math and science. My esteem, confidence and cognitive-emotional muscles were atrophying. Addictive television watching, schoolyard sports overkill, mindless solitaire and card playing were staples of survival. Along with all the hair growing on my palms from so much masturbation, I was becoming a werewolf. At the least, I was divided from my real self. I was “safely” trapped in an avoidance and addiction cage, first, of my family’s making and, eventually, of my own design.

Clearly, underlying the power of many of these kinds of aversive, yet, seemingly self-protective, avoidance elements are long-standing social- psychological, biochemical and perceptual factors. These may range from emotional states of loneliness, abandonment, learned helplessness, unworthiness, anxiety, panic and rage to mood disorders, attention deficit disorders, as well as learning and physical disability issues. Such challenging bio-psycho-social factors have roots in painful childhood experiences, genetic predisposition, maturational deprivation and traumatic encounters throughout the life cycle.

How did I escape from bondage? Here’s the very condensed version.. Pushed by my father’s desperate, yet focused, determination, my parents finally started therapy. Three years later, in my early twenties, I had the courage to follow his lead. With counseling under my psyche, my social work education and training could be truly instructive, not just academic. What I learned is that I had to face my family of origin and generational family history, along with my individual essence. I had to wrestle with the fearful inner demons and long repressed yet, smoldering, hurts and passions. I had to embrace the natural gifts and genetic vulnerabilities to be my fullest – most caring and powerful, most truly alive – self. And it can take decades to resurrect and sort all that buried bio-psycho-social treasure.

A long and uncertain hunt for treasure always begins with a first step. So let’s return to our opening question: How do you break one self-defeating habit and replace it with a pattern of cognition and behavior that strengthens your skill level and self-concept?

The above conceptual framework will be the launching platform. Examining procrastination’s relationship to self-defeating habit convinces me that numbing routine and rigid ritual is often dysfunctionally analogous to fearful avoidance and denial. Each of these defensive maneuvers deadens the spirit along with the potential for awareness and change. With a greater understanding of procrastination, you have the tools to mine your personal raw material. And with some coaching and practice, over time, you can transform self-defeating, mind-body patterns into new learning, emotional growth, skill development and some well-earned pride (maybe even experience a little creative flow). All this can be the outcome of a polished new habit.

Next time, the Stress Doc’s “Top Ten” skills, strategies and commandments for “Breaking a Habit.” Until then, of course…Practice Safe Stress!